Home / Study Strategies / What Shapes Are Your Characters?

If you have never thought of characters having shapes, such as triangles, polygons, or circles, read on! This Bible study strategy is based on Dr. Dolly Berthelot’s SELFSHAPES™. More on that below.

Studying Bible stories is, at root, very much like studying other stories. Christians reading scripture have the additional sense that what they are reading is divinely inspired, though they may differ on the precise nature of that inspiration. In addition, they will likely derive some spiritual lessons from the story. Nonetheless, the story remains a story, with characters, a plot, and various other characteristics.

Stories involve characters. This may seem obvious, but is sometimes forgotten. Frequently people claim that some action is biblically approved because a character in a Bible story did it. But your character may be one of the bad guys in a story, or as a “good guy,” may be somewhat flawed. It’s important both to think about who the character is and what role that character plays in the story.

A good starting point is to consider who you are. As a character in your own story what are you like? Obvious? Perhaps not.

Let’s look at the concept of a peacemaker, a character who makes peace between the other people in a story. Depending on where you are and what seems normal to you in a case of conflict, you may evaluate other people differently in a story. What looks like weakness from one perspective, might look like a calm firmness from another.

Energion Publications is offering a tool, not designed for Bible study, but that can be very useful. It’s Dr. Dolly’s SELFSHAPES™. As a starting point, let me suggest going there now and taking the quiz. It doesn’t take long. Start with insight into who you are as a reader. The Participatory Study Series asks you to become a participant, not just in studying, but in the story you are reading. It looks at Christianity as multi-dimensional, with a varied story that extends across a great deal of time and space. We connect in scripture, but we are each individuals with stories of our own.

Now that you’ve reflected on who you are, think about the characters in your story. Don’t just think of the major ones. Remember some of the characters you might not always remember. For example, in the story of Balaam, do you remember the donkey? It functions as a character in the story.

Since many users of this method will see God in a story, have you considered how God functions as a character? This may sound almost sacreligious to some, but God does become an actor in the story, right from the start. In fact, God may not be seen in the same way in every story. For example, is the God who speaks and things come into existence, who has no peer and no opposition (Genesis 1), the same one who takes a walk in the garden and has a conversation with Adam and Eve (Genesis 3)?

Here’s my suggestion. List the characters, major and minor, and go to the SELFSHAPES quiz and find the shape you think matches. Use your result, and the descriptive paragraph that accompanies it, to help you think about who the characters are and what the story may be saying to you across the centuries and millenia.

If you are doing this in a group, each person should do the quiz separately, then discuss any differences in the way you see the characters. The quiz can be an exceptionally good starting point for a discussion.

Let me try this with Genesis 3, since I’ve recently been writing about it in the Topical Line Drive book God the Creator.

Starting with myself, I think of myself as a polygon, at least as I study this story. The reason is that in this story I feel that I want there to be a reasonable solution. The serpent to me is over-disruptive, while God plays a highly restrictive role. I have sympathy with all sides. Christian’s who find any sympathy with the serpent disturbing are likely importing a variety of other texts into the story, texts that are not in view.

The characters I see in this story, in the order of appearance, are the snake, Eve, Adam, and God.

I see the serpent as a triangle. Cutting into the simple present and presenting the option of unexplored possibilities. In doing that, however, he has to puncture the peace and safety of the current situation. I am avoiding, intentionally, making the moral judgment that is usually made at this point. Seeing this story in itself, are those moral judgments part of the story as it is, or only as it has been connected to the rest of our story?

I see Eve as a trapezoid. She is experimenting, but not sure what to do, and gets Adam involved. She wouldn’t be moving at all without the impetus of the triangle serpent.

Adam, on the other hand, I think of as a rectangle. It’s really hard to place him, because he just falls into the situation, and then is the one to present excuses when God confronts him. Adam presents some excellent opportunities for discussion in this context. What is he up to?

God, my friends, is a square. The rules are there for a reason and they have been broken. But there is some hope presented, even in the changes which don’t largely seem positive otherwise.. The penalty, “you will die,” is at least not instantly carried out. So am I being judgmental in using a square here? That’s another option for you and hopefully a group to think about. Are you always required to feel good about the role played by God in a story?

I’ll discuss some of the other ways I might see God (and a variety of characters) in other stories in another post. God is not always a square! 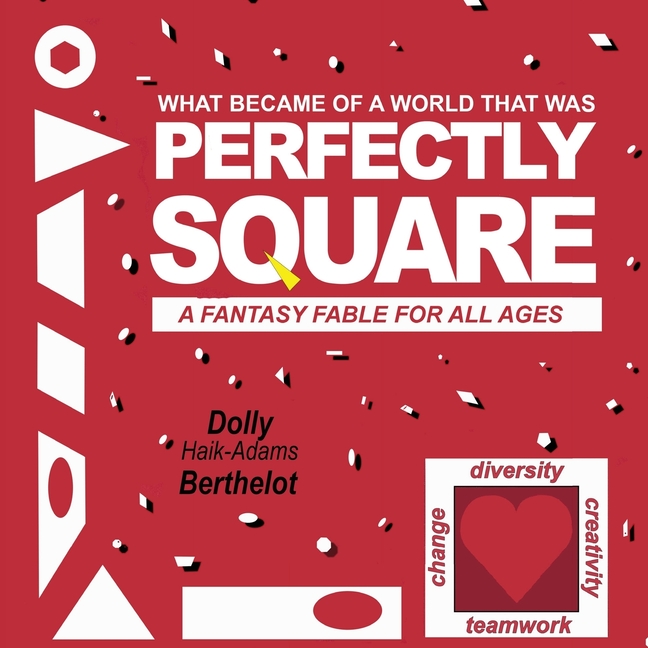